Established, traditional order is under assault from freewheeling, networked disrupters as never before. But society craves centralized leadership, too. 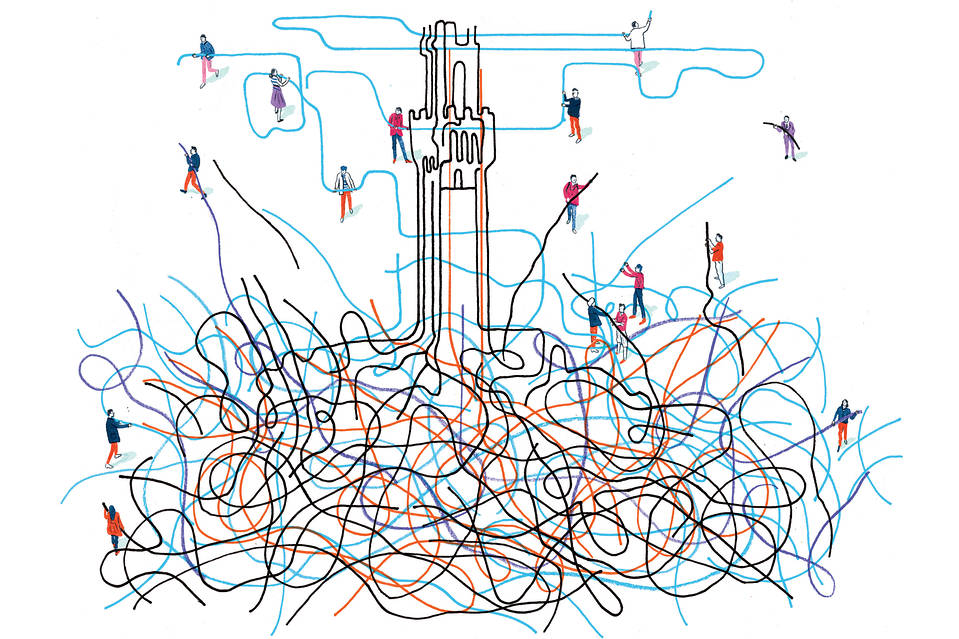 It is a truth universally acknowledged that we now live in a networked world, where everyone and everything are connected. The corollary is that traditional hierarchical structures—not only states, but also churches, parties, and corporations—are in various states of crisis and decline. Disruption, disintermediation, and decentralization are the orders of the day. Hierarchy is at a discount, if not despised.

Networks rule not only in the realm of business. In politics, too, party establishments and their machines have been displaced by crowdfunded campaigns and viral messaging. Money, once a monopoly of the state, is being challenged by Bitcoin and other cryptocurrencies, which require no central banks to manage them, only consensus algorithms.

But is all this wise? In all the excitement of the age of hyper-connection, have we perhaps forgotten why hierarchies came into existence in the first place? Do we perhaps overestimate what can be achieved by ungoverned networks—and underestimate the perils of a world without any legitimate hierarchical structure?

True, few dare shed tears for yesterday’s hierarchies. Some Anglophile viewers of “The Crown” may thrill at the quaint stratification of Elizabeth II’s England, but the nearest approximations to royalty in America have lately been shorn of their gilt and glamour. Political dynasties of the recent past have been effaced, if not humiliated, by the upstart Donald Trump, while Hollywood’s elite of exploitative men is in disarray. The spirit of the age is revolutionary; the networked crowd yearns to “smack down” or “shame” each and every authority figure.

Nevertheless, recent events have called into question the notion that all will be for the best in the most networked of all possible worlds. “I thought once everybody could speak freely and exchange information and ideas, the world is automatically going to be a better place,” Evan Williams, a co-founder of Twitter , told the New York Times last May. “I was wrong about that.”

Far from being a utopia in which we all become equally empowered “netizens,” free to tweet truth to power, cyberspace has mutated into a nightmare realm of ideological polarization, extreme views and fake news. The year 2016 was the annus horribilis of the liberal internet, the year when the network platforms built in Silicon Valley were used not only by Donald Trump’s election campaign but also by the proponents of “Brexit” in the United Kingdom to ends that appalled their creators. In 2017, research (including some by Facebook itself) revealed the psychological harm inflicted by social media on young people, who become addicted to the network platforms’ incessant, targeted stimuli. 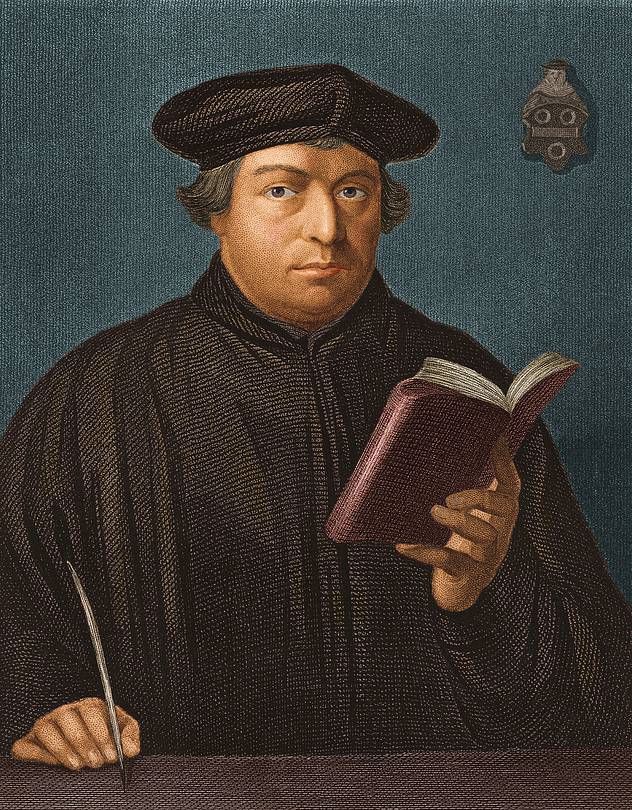 Most alarming was the morphing of cyberspace into Cyberia, not to mention the Cyber-caliphate: a dark and lawless realm where malevolent actors ranging from Russian trolls to pro-ISIS Twitter users could work with impunity to subvert the institutional foundations of democracy. As Henry Kissinger has rightly observed, the internet has re-created the human state of nature depicted by 17th-century English philosopher Thomas Hobbes, where there rages a war “of every man against every man” and life (like so many political tweets) is “nasty, brutish, and short.”

We should not be surprised. Neither history nor science predicted that everything would be awesome in a world of giant, online networks—quite the contrary. And now that it becomes clear that a networked world may be an anarchic world, we begin to see—as previous generations saw—the benefits of hierarchy.

The word hierarchy derives from ancient Greek (hierarchia, literally the “rule of a high priest”) and was first used to describe the heavenly orders of angels and, more generally, to characterize a stratified order of spiritual or temporal governance. Up until the 16th century, by contrast, the word “network” signified nothing more than a woven mesh made of interlaced thread.

‘Unless one wishes to reap one revolutionary whirlwind after another, it is better to impose some kind of hierarchical order on the world.’

For most of history, hierarchies dominated social networks, a relationship exemplified by the looming Gothic tower that overshadows the Tuscan town of Siena’s central piazza. This is roughly how most people think about hierarchies: as vertically structured organizations characterized by centralized and top-down command, control and communication. Historically, they began with family-based clans and tribes, out of which more complicated and stratified institutions evolved: states, churches, corporations, empires.

The crucial incentive that favored hierarchical order was that it made the exercise of power more efficient. Centralizing control in the hands of the “big man” eliminated or at least reduced time-consuming arguments about what to do, which might at any time escalate into internecine conflict. The obvious defect of hierarchy—in the mid-19th century words of Lord Acton, “power corrupts, and absolute power corrupts absolutely”—was not by itself sufficient to turn humanity away from the rule of “big men.”

There have been only two eras of enhanced connectedness, when new technology helped social networks gain the upper hand. The second is our own age. The first began almost exactly half a millennium ago, in 1517, and lasted for the better part of three centuries.

When the printing press empowered Martin Luther’s heresy, a network was born. Luther’s dream was of a “priesthood of all believers.” The actual result of the Reformation he inspired was not harmony, but 130 years of polarization and conflict. But it proved impossible to kill Protestant networks, even with mass executions. Hierarchy had to be restored in the form of the princely states whose power the Peace of Westphalia affirmed, but this restoration was fleeting.

Like the Reformation, the 18th-century Enlightenment was a network-driven phenomenon that challenged established authority. The amazing thing was how much further the tendrils of the Enlightenment extended: as far afield as Voltaire’s global network of correspondents, and into the depths of Bavaria, where the secret network known as the Illuminati was founded in 1776.

In Britain’s American colonies, Freemasonry was a key network that connected many of the Founding Fathers, including George Washington and the crucial “node” in the New England revolutionary network, Paul Revere. At the same time, the American revolutionaries—Franklin, Jefferson, Lafayette—had all kinds of connections to France, land of the philosophes. The problem in France was that the ideas that went viral were not just “liberty, equality and fraternity,” but also the principle that terror was justifiable against enemies of the people. The result was a descent into bloody anarchy. 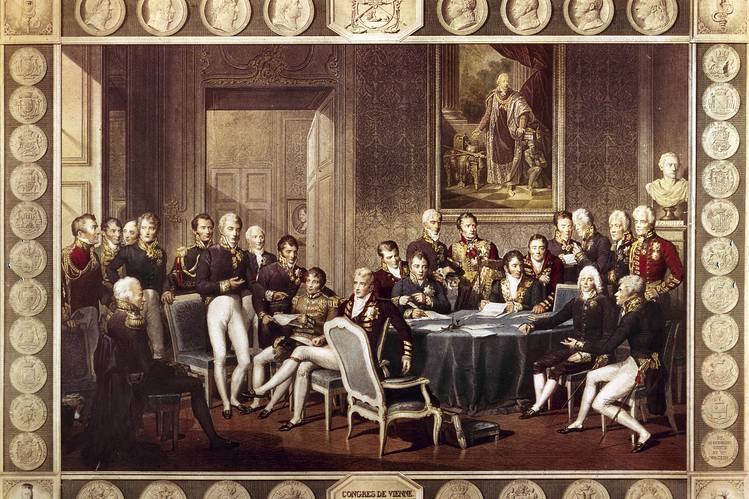 Ambassadors attending the Congress of Vienna in 1815 reset hierarchical order in Europe after the Napoleonic Wars. PHOTO: UIG/GETTY IMAGES

Those who lived through the wars of the 1790s and early 1800s learned an important lesson that we would do well to relearn: unless one wishes to reap one revolutionary whirlwind after another, it is better to impose some kind of hierarchical order on the world and to give it some legitimacy. At the Congress of Vienna, the five great powers who defeated Napoleon agreed to establish such an order, and the “pentarchy” they formed provided a remarkable stability over the century that followed.

Just over 200 years later, we confront a similar dilemma. Those who favor a revolutionary world run by networks will end up not with the interconnected utopia of their dreams but with Hobbes’s state of nature, in which malign actors exploit opportunities to spread virus-like memes and mendacities. Worse, they may end up entrenching a new but unaccountable hierarchy. For here is a truth that is too often glossed over by the proponents of networked governance: Many networks are hierarchically structured.

Nothing illustrates this better than the way the internet has evolved from being an authentically distributed, decentralized network into one dominated by a few giant technology companies: Facebook, Amazon, Netflix and Alphabet’s Google—the so-called FANGs. This new hierarchy is motivated primarily by the desire to sell—above all, to sell the data that their users provide. Dominance of online advertising by Alphabet and Facebook, coupled with immunity from civil liability under legislation dating back to the 1990s, have create an extraordinary state of affairs. The biggest content publishers in history are regulated as if they are mere technology startups; they are a new hierarchy extracting rent from the network.

The effects are pernicious. According to the Pew Research Center, close to half of Americans now get their news from Facebook, whose incentive is to promote news that holds the attention of users, regardless of whether it is true or false, researched by professional journalists or cooked up by Russian trolls. Established publishers—and parties—were too powerful for too long, but is it really a better world if there are no authorities to separate real news from fake, or decent political candidates from rogues? The old public sphere had its defects, but the new one has no effective gatekeepers, so the advantage now lies not with leaders but with misleaders.

The alternative is that another pentarchy of great powers recognizes their common interest in resisting the threat posed by Cyberia, where jihadism and criminality flourish alongside cyberwarfare, to say nothing of nuclear proliferation. Conveniently, the architects of the post-1945 order created the institutional basis for such a new pentarchy in the form of the permanent members of the United Nations Security Council, an institution that retains the all-important ingredient of legitimacy, despite its gridlocked condition throughout the Cold War.

It is easy to be dismissive of the UNSC. Nevertheless, whether or not these five great powers can make common cause once again, as their predecessors did in the 19th century, is a great geopolitical question of our time. The hierarchical Chinese leader Xi Jinping likes to talk about a “new model of great power relations,” and it may be that the North Korean missile crisis will bring forth this new model. But the crucial point is that the North Korean threat cannot be removed by the action of networks. A Facebook group can no more solve it than a tweet storm or a hashtag.

There is hope for hierarchies yet. “The Crown” is not mere fiction; the hierarchy of the monarchy has continued to elevate the head of the British state above party politics. In a similar way, the papacy remains an object of authority and veneration, despite the tribulations of the Roman Catholic Church. Revolutions repeatedly sweep the countries of the Middle East, yet the monarchies of the region have been the most stable regimes. 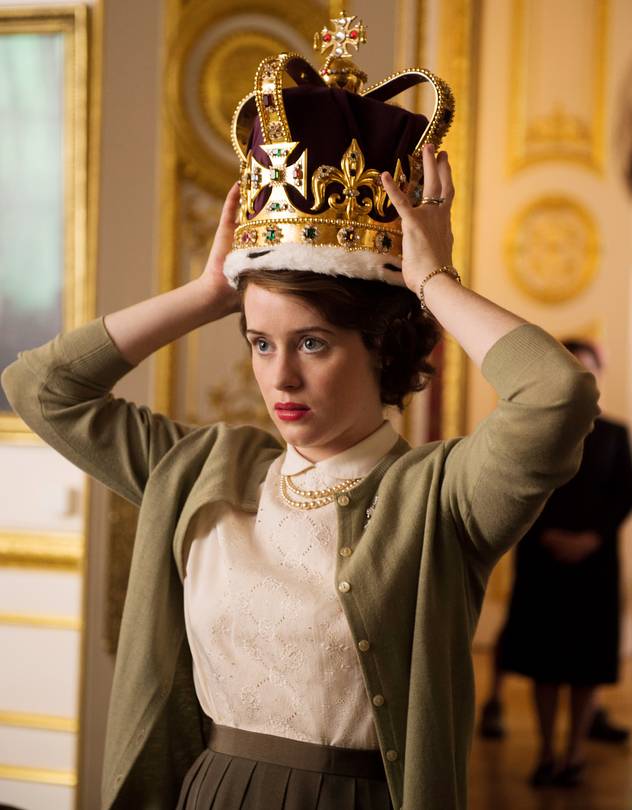 
Even in the U.S., ground zero for disruptive networks, there still is respect for hierarchical institutions. True, just 32% of Americans still have “a great deal” or “quite a lot” of confidence in the presidency and 12% feel that way about Congress. But for the military the equivalent percentage is 72% (up from 50% in 1981), for the police it is 57%, for churches 41%, and for the Supreme Court 40%. By comparison, just 16% of Americans have confidence in news on the internet.

We humans have been designed by evolution to network—man is a social animal, of course—but history has taught us to revere hierarchy as preferable to anarchy, and to prefer time-honored hierarchs to upstart usurpers.

Mr. Ferguson’s new book, “The Square and the Tower: Networks and Power, from the Freemasons to Facebook,” will be published by Penguin Press on Jan. 16.