When did Cold War II begin? Future historians will say it was in 2019.

Some will insist that a new Cold War had already begun — with Russia — in 2014, when Moscow sent its troops into Ukraine. But the deterioration of Russian-American relations pales in comparison to the rise in Sino-American antagonism that has unfolded over the past couple of years. And though the United States and China can probably avoid a hot war, a second Cold War is still a daunting prospect.

Pedantic scholars may say the new Cold War actually began with Donald Trump’s election in November 2016, or his initial imposition of tariffs on imported washing machines and solar panels, many of which are made in China, in January 2018. Others will suggest early October 2018, when Vice President Mike Pence denounced Beijing’s use of “political, economic and military tools, as well as propaganda, to advance its influence,” as a plausible starting point.

Yet it was not until 2019 that the Trump administration’s confrontational approach to China was effectively embraced by members of the policy elite on both sides of the partisan divide. With remarkable speed, Mr. Trump’s hostility went from foreign policy idiosyncrasy to conventional wisdom. Even Senator Elizabeth Warren, a Democratic presidential candidate, began calling for a tougher line toward Beijing.

Something else changed in 2019. What had started out as a trade war — a tit for tat over tariffs while the two sides argued about the American trade deficit and Chinese intellectual property theft — rapidly metamorphosed into a cluster of other conflicts. 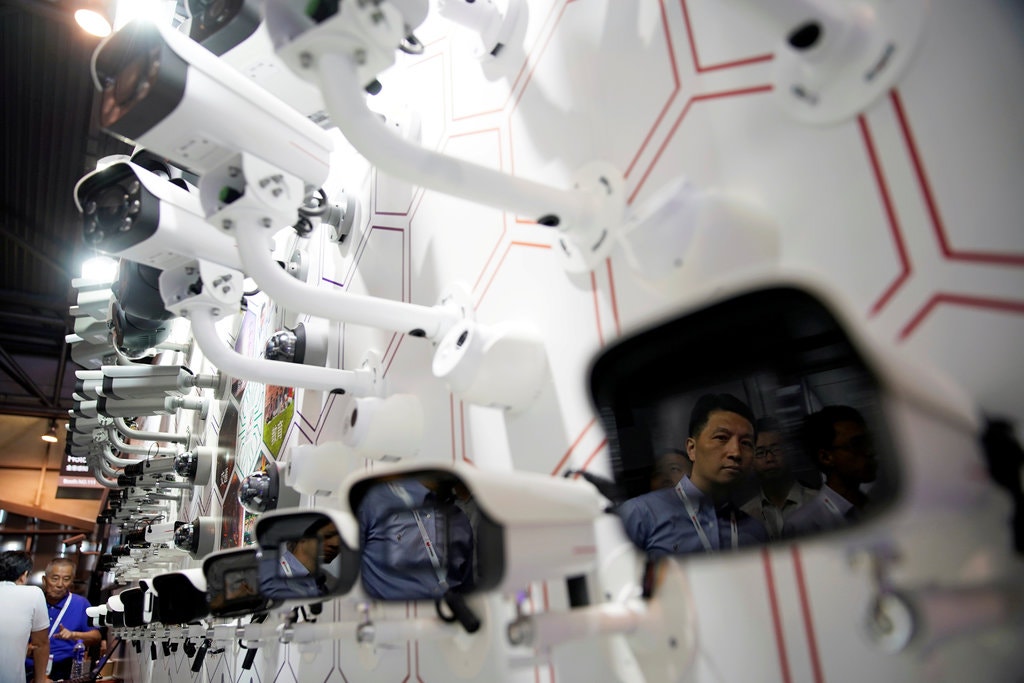 Surveillance cameras at the annual Huawei Connect conference in Shanghai in September.Credit...Aly Song/Reuters


In short order, the United States and China found themselves engaged in a technology war over the global dominance of the Chinese company Huawei in 5G network telecommunications and an ideological confrontation in response to the abuses of Uighur Muslim minorities in China’s Xinjiang region, as well as a classic superpower competition for primacy in science and technology. The threat also loomed of a currency war over the exchange rate for the Chinese yuan, which the People’s Bank of China has allowed to weaken against the dollar.

Older readers will probably regard another Cold War as a bad idea. Their memories of the original might include near-Armageddon experiences, such the 1962 Cuban missile crisis, and multiple conventional wars fought in countries from Vietnam to El Salvador. But there is no obvious reason Cold War II should feature nuclear brinkmanship or proxy wars.

For one thing, China is so inferior to the United States in nuclear weaponry that any confrontation is much more likely to occur in cyberspace, or in space itself, than with intercontinental ballistic missiles. The People’s Republic does not have the same approach to global expansionism as the Soviet Union either. Chinese money goes into infrastructure projects and politicians’ pockets, not foreign guerrilla movements. The “One Belt, One Road” initiative — Chinese President Xi Jinping’s signature overseas investment program — does not aim for world revolution.

If Cold War II confines itself to an economic and technological competition between two systems — one democratic, the other not — its benefits could very well outweigh its costs. After all, the economic spinoff from research and development operations associated with the original Cold War were part of the reason American growth was so strong in the 1950s and 1960s.

Back then, there was also a political benefit. Once the spasm of McCarthyism had passed, as Americans came to a consensus that they all faced a common foe, domestic divisions decreased notably. It is telling that one of the biggest sources of political and social strife in the Cold War era was a war against communism that the United States failed to win — against Vietnam.

If Americans are now waking up to a new external enemy, might it not reduce the notorious internal polarization of recent times, which we can see in the decline of bipartisanship in Congress as well as in the vehemence of discourse on social media? It is possible.

Maybe the notion of an external enemy could persuade politicians in the United States to devote serious resources to the development of new technologies, such as quantum computing. Evidence of Chinese espionage and influence operations in American academia and Silicon Valley is already pushing the government to reprioritize national security in research and development. It would be nothing short of disastrous if China won the race for quantum supremacy, which could render all conventional computer encryption obsolete.

The one big risk with Cold War II would be to assume confidently that the United States is bound to win it. That is a misreading of both the first Cold War and the present situation. In 1969, an American victory over the communist enemy seemed far from inevitable. Nor was it a foregone conclusion that the eventual collapse of the Soviet Union would be so free of bloodshed.

Moreover, China today poses a bigger economic challenge than the Soviet Union ever did. Historical estimates of gross domestic product show that at no point during the Cold War was the Soviet economy larger than 44 percent of the economy of the United States. China has already surpassed America by at least one measure since 2014: G.D.P. based on purchasing power parity, which adjusts for the fact that the cost of living is lower in China. The Soviet Union could never draw on the resources of a dynamic private sector. China can. In some markets — notably financial technology — China is already ahead of the United States.

In short, 2019 is not 1949. The North Atlantic Treaty was signed 70 years ago to counter Soviet ambitions; nothing similar will be set up to contain China’s. I do not expect a second Korean War to break out next year. Nevertheless, I do expect this new Cold War to get colder, even if Mr. Trump attempts a thaw in the form of a trade deal with China. The American president might have been the catalyst behind the big chill, but it’s not something he can just undo when he pleases.

In 2007, the economist Moritz Schularick and I used the term “Chimerica” to describe the symbiotic economic relationship between China and the United States. Today, that partnership is dead. Cold War II has begun. And, if history is any guide, it will last a lot longer than the president on whose watch it started.

Niall Ferguson is the Milbank family senior fellow at the Hoover Institution at Stanford University. He is the author of 15 books, most recently “The Square and the Tower: Networks and Power From the Freemasons to Facebook.”

A Craving for Normalcy Spells the End of a Populist Presidency

Joe Biden Could End Up Being a Wartime President

TikTok Is Inane. China’s Imperial Ambition Is Not.

America and China Are Entering the Dark Forest

This is no friendly divorce, but a long, bitter schism

At ease, America. Trump’s generals are no junta, they’re your best hope

If you fight the law, Mr Trump, the law wins. Take on Iran and sharia instead

Watching the Donald show is fun, but look out for the real action off‑screen