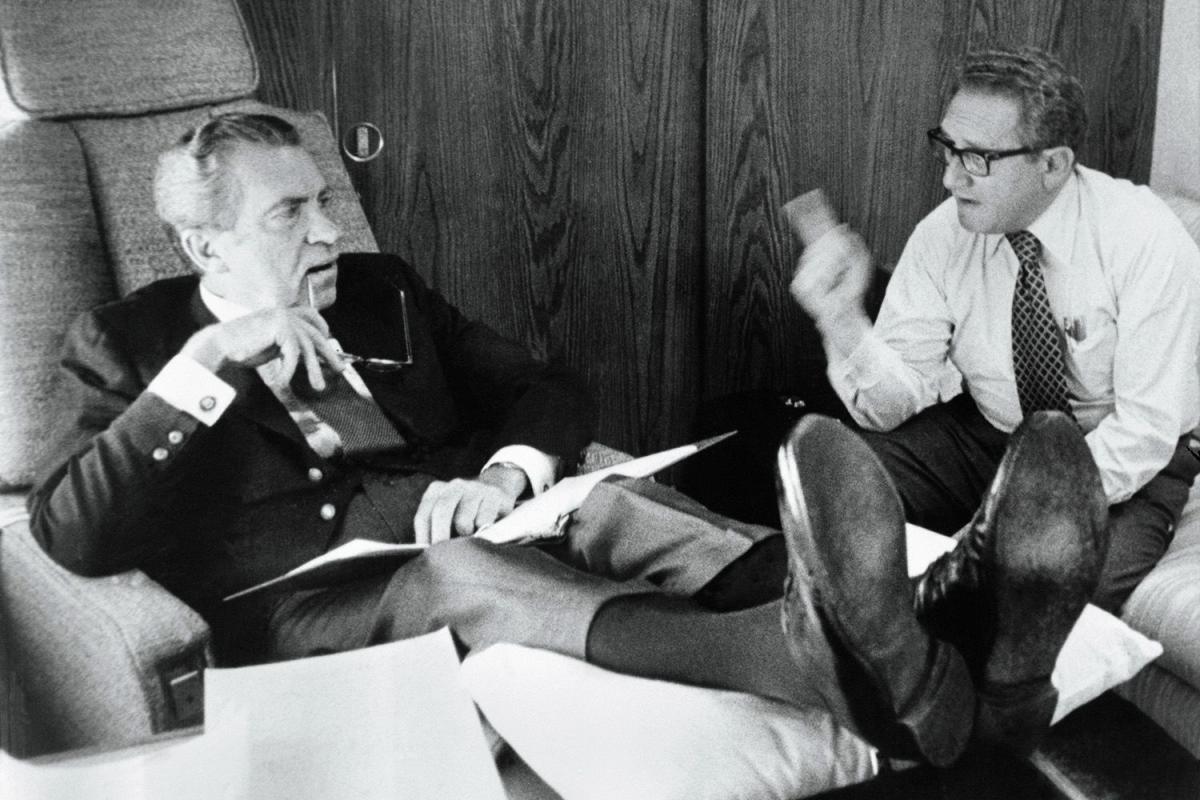 Though Kissinger was seen as part of John F Kennedy’s inner circle, it was Richard Nixon who, on becoming president in 1969, appointed him national security adviser. Here they are pictured on Air Force One (Bettmann - Corbis)

It was not until seven years after the construction of the Berlin Wall that Kissinger acquired the power that had eluded him under John F Kennedy, when the man Kennedy had defeated for the presidency — Richard Nixon — won the 1968 election and hired Kissinger as his national security adviser.

To say that this was an unexpected appointment would be an understatement. The former president Dwight Eisenhower was appalled. “But Kissinger is a professor,” he exclaimed when he heard of Nixon’s choice. “You ask professors to study things, but you never put them in charge of anything.”

Not only was Kissinger an academic; he was a Rockefeller supporter who had never disguised his dislike of Nixon.

Yet Nixon and Kissinger would swiftly forge one of the most powerful partnerships in the history of American foreign policy – a partnership that ended the Vietnam War, began the process of halting the superpower nuclear arms race and, perhaps most importantly, initiated a new era of relations between America and China.

In December 1975 – for the first time since their exile in 1938 – Kissinger’s parents returned with their now famous son to his birthplace in Fürth.

“It is a gratifying feeling for us parents,” his father declared in an impromptu speech, “that today the name Kissinger is seen around the world as interchangeable with the term ‘peace’. ”

It was a proudly paternal verdict that was already being contested by the rapidly growing legion of Kissinger’s critics.

How a More Resilient America Beat a Midcentury Pandemic