A mercurial genius, the Oxford historian who died last week at 78 won the ear of power and the hearts of students, including this Sunday Times columnist 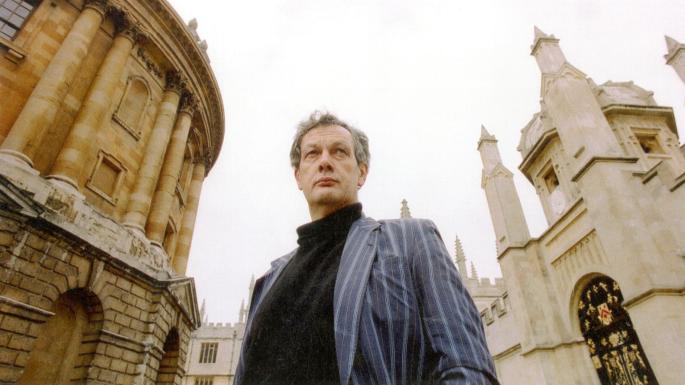 My first German lesson with Norman Stone was — like so much about Norman — unorthodox. “Meet me at 11am in the Worcester College bar,” he had said. It was 1986, I think, and I had embarked on a doctoral degree at Oxford, mainly because my three years as an undergraduate hadn’t seemed quite enough. Norman had just arrived from Cambridge to take up the Oxford chair in modern history. Someone at the history faculty had recognised kindred spirits, so I had been assigned to him. The technical term was “advisee” — not a word commonly associated with the Worcester bar.

At some point in my final year, I had decided my doctoral thesis must be on some aspect of German history, if only so that I would have to learn the language. In those days there seemed to be three options when it came to foreign expertise. The Cold Warriors and fellow travellers learnt Russian and went to Moscow. I already loathed the Soviet Union enough not to want to do that. The aesthetes (“weeds” in Norman-ese) learnt Italian and went to Florence. I knew there was no future in the Renaissance. So I chose German and went to Hamburg, which had worked as launchpad for the Beatles.

It seemed a safe bet that, however docile the West Germans might seem from a distance, they and their long-standing “German question” would at some point be back. In any case, the most interesting historians of the previous generation had tended to write about Germany, including the arch-rivals Hugh Trevor-Roper and AJP Taylor.

Norman’s reputation preceded him — and not just the fact that he knew all three of the above languages, and several more besides. In those pre-internet days, communications between Oxford and Cambridge were comparable to communications today between rural Vermont and Vladivostok. Clearly, the Oxford committee that appointed him had not done much due diligence beyond reading Sir Geoffrey Elton’s effusive letter of reference. But I had friends who had been undergraduates at Cambridge and so possessed first-hand knowledge of Norman’s Byronic style. I knew roughly what to expect. I was nevertheless unprepared for the combination of Guinness and Nietzsche.

It turned out that Norman’s method of initiation into the language of Goethe, Schiller, Dichter und Denker was to consume two preprandial pints of Ireland’s beloved stout and then, having repaired to his rather chilly set of rooms, to attack Also Sprach Zarathustra.


And so the Stone Age of my life began. At times, it was downright madness. True, the British historical profession in those days was bibulous by almost any standards, except perhaps those of the Russian army, and Norman was by no means the worst drinker I worked with in my youth. Whereas others would descend into incoherence or unpleasantness, Norman under the influence was nearly always delightful (provided he could also chain-smoke). Indeed, drunk, Norman could be so dazzlingly brilliant that I came to dread the rather morose interludes when his wife, Christine, or his doctor or his liver would insist on a period of abstinence.

A year or two after I had finished my DPhil — by which time I had landed my first teaching job at Cambridge — I invited Norman to come back to his old stamping ground to address the Peterhouse History Society. He agreed, but I knew him well enough by then to know how contingent such a commitment was. At lunchtime on the day he was due to speak, I rang to remind him. He had, of course, forgotten. However, there was just time for him to jump in a taxi (he loved shouting, “Charge!” at taxi drivers, and I am sure they did indeed charge him a fortune in the course of his life), and he arrived in time for dinner.

What I had not bargained for was the bottle of whisky he insisted on having — most of it consumed before the meeting had begun. I recall little of what he said — it was the early phase of the break-up of Yugoslavia, so it probably had to do with Bosnia, about which he had agreed to write a piece for this newspaper. The most memorable part of the occasion was the after-party in my rooms on Trumpington Street, which culminated in Norman’s (rather good) performance of Don Giovanni, sung while he was lying on my floor. He went to bed at 3am.

The next morning, just after dawn, my phone rang. It was Norman. Could I get him a pack of cigarettes as a matter of urgency? And could I bring it to Maurice Cowling’s rooms across the road? Head pounding, I obliged. Never shall I forget the sound that greeted me as I climbed the stairs to Cowling’s: blaring out of his old stereo was the opening of Act III of Wagner’s Siegfried, almost but not quite drowning out the hammering of typewriter keys. Norman was up and hard at work on his Bosnia piece. Cowling greeted me with a facial expression that combined irony, geniality and malice.

Later, I was entrusted with five pages of manuscript and a fax number. On my way to the college secretary, who possessed Peterhouse’s only such device, I looked at what he had written, and recoiled in horror. So numerous were the typographical errors, mostly a result of missed keys, that it might have been written in Serbo-Croat. But what could be done? The deadline was imminent. So the pages were sent. The next morning a perfectly cogent article appeared under Norman’s byline — a reminder that, more often than is commonly admitted, mercurial men like Norman are saved by unsung sub-editors.

Guinness and Nietzsche, scotch and Wagner, and I hazily recall a similar night of bordeaux and Céline — this was Norman’s way. At a time when academic culture was already beginning its shift from Regency to Victorian morals, he personified all that the hatchet-faced exponents of gender history and “the cultural turn” detested. As a reader of draft chapters and writer of letters of reference, he was as unreliable as any professor I have known; I required a parallel, more dependable Doktorvater (Hartmut Pogge von Strandmann) to survive.

But missing all deadlines was the least of it. The #MeToo movement lay in the future, which was just as well. For Norman in his prime, one would have needed a #MeThree movement.

For all his flaws, Norman was a genius: history’s Flann O’Brien. As his obituarists noted last week, he was a truly exceptional linguist and was never happier than when sharing the quirkiest feature of the latest language he was learning. Very drunk, he veered from one tongue to another, often to baffling effect. But it was what he said, more than the languages he knew, that set him apart from nearly all his contemporaries. Although The Eastern Front 1914-1917 was his best as well as his first book, Europe Transformed 1878-1919 was a masterpiece of synthesis and has proved an invaluable guide to our own times. Ever wondered why tariffs have made a comeback, or why Italian politics is so hard to predict? It’s all there, and the fun Norman had with the Italian word trasformismo has come in handy time and again.

In addition, Norman could justly claim to have come up with the best examination question ever set in the Cambridge history tripos: “Romanticism: masculine, feminine or neuter?”

He was also, despite or perhaps because of his unorthodox methods, a wonderful adviser. The hardest part of a doctoral dissertation is not the writing of it but the original conception. Norman’s genius was quite destructive: he was pitiless in shooting down mediocre ideas, of which I had many, with the lethal question “So what?” and a gesture he had learnt in Prague (or was it Bratislava?) that involved rolling his eyes, sticking out his tongue and shrugging his shoulders, all at the same time.

My original plan had been to write a thesis about satirical magazines in late 19th-century Vienna. Norman skewered that: “You’ll never be able to translate the jokes.” He steered me instead towards economic history, urging me to do “number-crunching”, as it would teach me economics. This was life-saving advice. My bet on Germany came up trumps when the Berlin Wall fell just two days before my DPhil viva voce examination. But I wouldn’t have been able to make much of the opportunity, had I not grasped the economic difficulties it would create for the West Germans.

Norman was brilliantly right on this issue when Margaret Thatcher sought his advice, at a time when she and other European leaders were worried reunification would make Germany a superpower. He sought to reassure Thatcher that, in taking over East Germany, West Germany was only getting “six Liverpools”. That was vintage Norman: funny, and penetrating to the heart of the matter. Even better was his answer as to why he had moved from Oxford to Ankara, Turkey, in 1997: “You have to understand that, in the depth of my being, I’m a Scotsman and feel entirely at home in an enlightenment that has failed.”

Of all the “media dons” who flourished in the 1980s, Norman was the most wickedly clever, and the academic left hated him as much for the cleverness as for the wickedness. But Norman exulted in its disapproval. He once told me: “I wear my enemies like medals.” And that is how I shall always remember him: Guinness in one hand, Nietzsche in the other, cigarette balanced on lower lip — and the heads of Oxford’s dullest dons dangling from ribbons on his barrel chest.

Niall Ferguson is the Milbank Family Senior Fellow at the Hoover Institution, Stanford

The tech supremacy: Silicon Valley can no longer conceal its power

A 12-Step Guide to Staying Sane During the Plague Year

My crystal ball missed Brexit but got Donald Trump

Coronavirus: we should have learnt from Sars, not swine flu

The deadliest virus we face is complacency

Free speech is in free fall in Silicon Valley

Scorched but standing — two symbols of the West

Let me give you the real news about hate crime

This Gollum spoof takes the Tory out of Tolkien

America is exhausted by this new Civil War

Riotous spoofs reveal the scariest hack of all

Take a holiday before the diversity cops ban them

Portrait of Donald Trump as a young ‘conman’

White men are bad; even a six-year-old tells me so

Mark Zuckerberg is watching you, out of greed not fear

The more machines learn, the less we shall grasp

Silicon Valley and the Threat to Democracy

Social networks are creating a global crisis of democracy

Guns are America’s blind spot. The NHS is ours

How do we stop net giants mugging us? China will tell us — for a bitcoin

The lying, hating hi-tech webs of Zuck and Trump are the new superpowers

On the teaching of history, Michael Gove is right

Lights Out in India