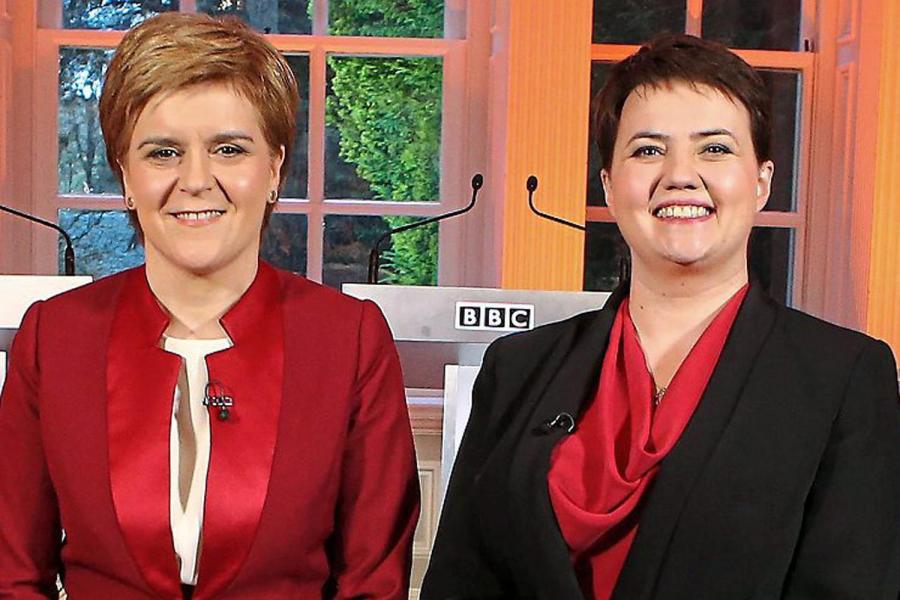 It used to be that the United Kingdom of Great Britain and Northern Ireland was the United Cronydom of Great Poshhouse and Northern Grousemoor. The only network that mattered was the Old Boy Network. The OBN was formed by men who were the old boys of a tiny elite of boarding schools known as “public schools” because they were closed to the public. Most boys at those schools were scions of the aristocracy or the landed gentry: future barons and baronets.

Even if thick to the point of educational sub-normality, these young gentlemen would attend either Oxford or Cambridge. They would then be given one of the following jobs:

This is of course a caricature. In reality, there were all kinds of sub-networks — clusters — within the elite network that ran Britain. Sometimes, a brilliant group of talented young men would come together to achieve great things. There was the “Kindergarten” formed by Alfred Milner, which tried (and failed) to transform South Africa into a second Canada or Australia. There were the Apostles — the Cambridge Conversazione, the most exclusive intellectual club of all time — to which the economist John Maynard Keynes belonged.

However, with increasing frequency after 1945, the OBN’s achievements were less than brilliant. Suez. Wilson. Heath. Double-digit inflation. The three-day week. From being the winners of glittering prizes, the OBN degenerated in the eyes of a previously deferential public into the upper-class twits of the year.

In the Sixties the journalists Henry Fairlie and Anthony Sampson popularised the disdainful name that the historian A. J. P. Taylor had given the British elite: “The Establishment”. By the Seventies the Establishment were more like The Embarrassment — objects of sitcom ridicule. By the Eighties they had been almost entirely driven from the corridors of power. Nothing better illustrated this than the Thatcher governments: not only was the prime minister a woman from provincial Lincolnshire (albeit one with an Oxford degree); there were enough ministers in her Cabinet with Jewish backgrounds to inspire off-colour jokes about “Old Estonians”.

True, the Old Etonians should never be counted out. The school has in large measure reinvented itself as a kind of Harvard for under-18s, with an intake almost as cosmopolitan. But David Cameron’s premiership looks, with hindsight, like the last hurrah of the OBN.

The naïve view of how Britain has changed is that a new network of new money — the people who got rich in the glory years of the Eighties and Nineties — has displaced the OBN. In this interpretation, Debrett’s and Who’s Who have been swapped for the Sunday Times Rich List. However, the most striking feature of this list is that it is (to an astounding extent) a list of foreign-born billionaires who have opted to live in London: the Hindujas, Blavatniks, Reubens, Mittals, Usmanovs, Bertarellis and Rausings are all in the top 10. These people have great wealth. They own large chunks of the UK economy and umpteen square miles. But influence?

Looking for a nouveau riche network (NRN) is to misunderstand the profound changes that have been brought about by technology in the past 15 years. For to an extent that is still not appreciated, the new networks made possible by the internet are not so much taking the place of old networks as empowering the equally old but hitherto marginal provincial networks of the UK.
LinkedIn was founded in 2002; Facebook in 2004; YouTube in 2005; Twitter in 2006; Instagram in 2010. Today 34 million Britons are regular Facebook users — more than half the population. Twitter and YouTube have 20 million UK users, LinkedIn 19 million, and Instagram 14 million.

The network of online influence today matters more than the network of new money. If you don’t believe me, you still haven’t understood why Brexit happened (and why Donald Trump is President). As Dominic Cummings has argued — and I believe him — Brexit was a victory won by the network of online influence over both the NRN and the OBN, which favoured Remain. While the last Tory government conducted a conventional referendum campaign, concentrating on the economic risks of leaving the EU, Cummings used his Voter Intention Collection System and Facebook to communicate the viral message that it was worth paying some economic price to “take back control”.

You had to spend time in provincial England and Wales before the referendum to appreciate how effective this strategy was. By deliberately combining Right-wing and Left-elements (the threat of more Muslim immigrants if Turkey joined the EU, the promise of more money for the National Health Service if Britain left), the Leave campaign disrupted British politics as surely as Uber has disrupted transportation.

In the US, pundits trapped in the bubble of Washington (where Hillary Clinton won 22 times more votes than Trump) failed to notice he was crushing her on social media: 32 per cent more followers on Twitter, 87 per cent more on Facebook. That was one of the best predictors of what would happen on November 8.

Now take a look at networked Britain. Right now, Jeremy Corbyn has four times more Twitter followers as Theresa May or Boris Johnson and two and half times as many Facebook followers.


Followers don’t necessarily mean votes of course but if you needed more evidence that power is slipping away from the Tories, here it is. Corbyn looks alarmingly like being the next prime minister of the United Facebook of Great Twitter and Northern YouTube.

Niall Ferguson’s new book The Square and the Tower: Networks, Hierarchies and the Struggle for Global Power has just been published by Allen Lane

Politics in the Time of Corona

To Save the U.K. Give Scottish Nationalists the Canada Treatment

A Taiwan Crisis May Mark the End of the American Empire

The Fed Doesn’t Fear Inflation. Its Critics Have Longer Memories

Britain Is Entering a Parallel Universe

America Will Achieve Herd Immunity to Trumpism. I Hope.

A Craving for Normalcy Spells the End of a Populist Presidency

Joe Biden Could End Up Being a Wartime President

TikTok Is Inane. China’s Imperial Ambition Is Not.

America and China Are Entering the Dark Forest